Everything you need to know about the definiton and functionality of immunoassays.

An immunoassay is a bioanalytical method which uses the binding specificity of an antigen-antibody reaction to measure the presence or concentration of an analyte in a biological sample. Immunoassays are used in clinical laboratories and for a number of different analyte measurements.

All types of immunoassays are based on the reaction of an analyte which binds to a specific antibody raised against it. By mixing and incubating the sample together with the immunoanalytical reagents, the analyte binds to the antibody and forms an immune complex. This is separated from the unbound reagent in order to measure the labeling activity in either the free or bound fraction.

In recent years, many immunoassays have been simplified significantly for the benefit of the end user.

In Immunochromatographic lateral flow assays, the sample flows through a nitrocellulose test strip along with the assay components. The components of the sample are separated by sorbents and immunochemical reactions due to differences in their movement. If the desired analyte is present in the sample, colored micro beads collect and bind to a predefined location on the nitrocellulose, creating a colored line that is easily recognizable for the user.

Fluoroimmunoassays are usually based on antibodies labeled with a fluorophore. As soon as the antibody has bound to its target, the fluorophore is excited by a light source, this creates a temporary emission of light when it returns to its basic state. The light is emitted with a higher wavelength than that used for excitation and is recorded with a special reader.

Developments in recent years have enabled the implementation of fluorescence-based immunoassay systems in combination with an Immunochromatographic assays assay at the point-of-care, with the advantages of higher sensitivity in the detection of the analyte, simpler reagents and handling and avoidance of misinterpretations that are often associated with purely visual tests to be read may arise. 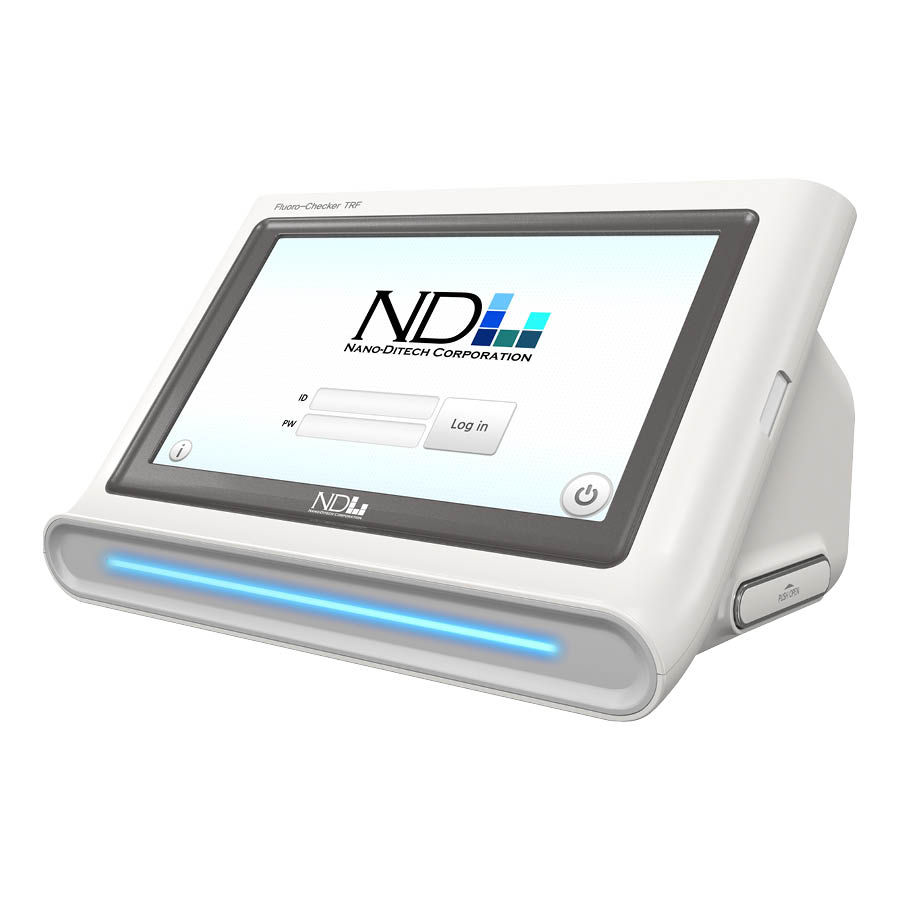 Immunoassay analyzer for reliable biomarker determination at the point of care.

Immunoassay analyzer for fast biomarker determination at the point of care with a wide range of test available.